It accounts for 0.5% of all head and neck tumors occurring in 1 of 150,000 individuals.
Adolescents and young adults between 14 and 25 years are affected, and there is a distinct male predominance. JNA may occur in older patients as well. The prevalence in males may be explained by high androgen receptor (AR) expression suggesting that JNA is androgen dependent. 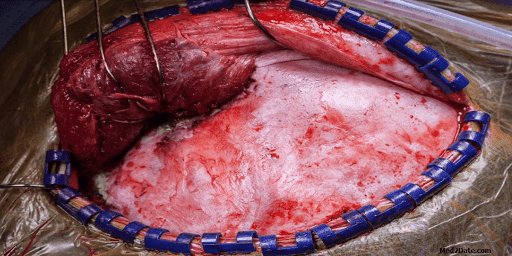 Causes of JNA are not fully understood:

It is a lobulated firm mass with no true capsule.
Microscopically:
Origin and spread:

Surgical treatment: surgical excision is the treatment of choice. The surgical approach depends on the size and extent of JNA. Examples are transpalatal, lateral rhinotomy, transnasal-tranantral and degloving approach.
However, now most cases can be removed endoscopically.
Preoperative embolization of the feeding vessels is done 2-3 days before surgery to minimize bleeding.
In cases of large and extensive vascular tumor preoperative tracheostomy may be considered for fear of blood aspiration and stridor due to postoperative edema.
Radiotherapy: Not used due to its carcinogenic effect, except in some cases with inoperable intracranial extension..
Hormonal Therapy: (controversial)
Edit This Article
Tags E.N.T