1.Via the Eustachian tube from:
2. Through a drum perforation (swimming and bathing).
3. Blood-borne infection (rare). 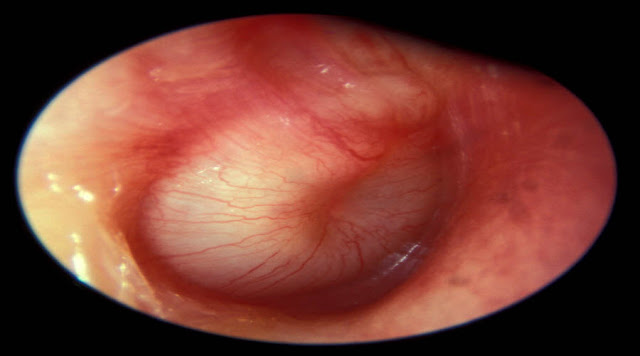 Pathology: Tubal obstruction due to congestion, then air is absorbed.
Symptoms: 1- Fullness in the ear. 2-Deafness. 3-Tinnitus
Signs:

I- Before perforation treatment:
a- Medical:
b- Surgical: myringotomy