Dr.Tamer Mobarak
Last update :
Motion sickness is characterised by stomach discomfort, nausea, and vomiting, accompanied by autonomic features such as pallor and sweating.
Vomiting often provides temporary or permanent relief of these symptoms.
Once a certain level of nausea is attained, vomiting is almost inevitable, even if the patient is removed from the motion environment. 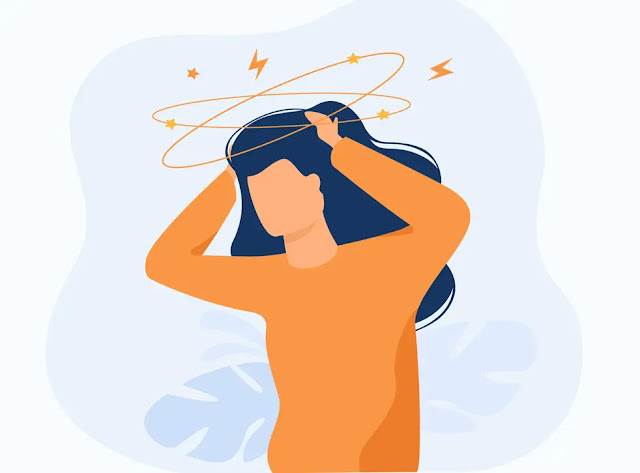 The rate at which motion sickness develops varies with the intensity of motion.
Nausea leading to vomiting may develop within a few minutes if the provocative motion stimulus is intense, whereas with moderately provocative motion the onset of nausea is delayed, and vomiting may not necessarily occur.
If motion is sustained, as on a long sea voyage, most people develop some habituation and become less susceptible to motion sickness.
Similarly, frequent short exposures to provocative motion lead to a protective habituation, although the ability to adapt is marked by substantial individual differences. With infrequent exposures the protective value of habituating experiences is lost, and the patient returns to baseline levels of susceptibility. [Ref-1]

All vertebrates, when encountering unusual turbulence, can become motion sick, and those able to vomit do so if motion is sufficiently provocative. The only caveat is that the development of motion sickness depends upon the integrity of the vestibular apparatus, or at least some functioning part.
The neurophysiological and neurochemical mechanisms responsible for the provocation of nausea and vomiting by certain conditions of motion are largely unknown.
The major structures involved are the vestibular system and extensive connections with the cerebellum and with brainstem and higher mechanisms of autonomic function.
For motion sickness provoked specifically by combined rotation and tilt, several studies have found that adaptation to motion or suppression of motion sickness by baclofen reduces the 'velocity store' component of vestibular canal function.
'Velocity store' is a neuronal process that extends vestibular signals of rotation during prolonged movement and helps to redirect eye movement during sequential, multi-axial head rotations. Brain structures supporting velocity store involve the vestibular nuclei and the uvula and nodulus of the vestibulo-cerebellum.
Despite high intra-participant correlations between eye movement magnitudes and susceptibility to motion in adaptation studies, inter-participant variability in eye movement responses to motion is too great for them to serve as a marker of baseline susceptibility to motion sickness.
The onset of gastric dysrhythmias (e.g., tachygastrias) precedes the first report of nausea in healthy people during nausea induced by an optokinetic drum.
Low serotonin level is a candidate neurochemical factor that may predispose to motion sickness in normal individuals, highlighting similarities with migraine. Histamine intolerance has also been proposed as a predisposing factor.

There is unlikely to be a single explanation for the response of vomiting, which could be attributable to a combination of proposed mechanisms including the following.

According to transport surveys, individual susceptibility to motion sickness appears to develop sometime during childhood, peak at around the age of puberty, and thereafter slightly decline through adulthood. Children aged 2-12 years are particularly susceptible to motion sickness, while older adults (aged >50 years) are less susceptible.
Actual vomiting appears to be infrequent beyond teenage years.
There are wide variations in susceptibility to motion sickness, but only those individuals with a non-functional vestibular system are truly immune.
In highly provocative environments, such as on a life raft in rough seas, all people can become motion sick.
Although the impact of motion sickness on activities of daily life has not been surveyed extensively, about one third of people experience significant symptoms when riding in vehicles; with passenger illness occurrence three times higher for passengers with no view of the road ahead compared to passengers who could see the road ahead extremely well.
In extreme cases of individuals with the highest levels of susceptibility, moderate motions may induce severe motion sickness that causes incapacitating malaise including nausea, dizziness, and headache, which may last throughout motion and for hours afterwards. Women are more susceptible to motion sickness than men; women show a higher incidence of vomiting and report a higher incidence of symptoms such as nausea.
A 5:3 female-to-male risk ratio for vomiting has been shown for ferry passengers.
There is evidence that there is a slightly higher susceptibility among people of Chinese ancestry.
Edit This Article
Tags E.N.T