Dr.Tamer Mobarak
Last update :
This is a brief review of  Gonorrhoea, a common sexually transmitted disease .
This report will focus on causes , clinical picture (manifestations) of Gonorrhoea and the methods of prevention and treatment .

Definition
Gonorrhoea is a sexually transmitted disease caused by the bacterium Neisseria gonorrhoeae.

Causes
it is caused by  bacterium Neisseria gonorrhoeae ( routes of transmission to be discussed later ) .
Neisseria gonorrhoeae is a Gram-negative intracellular diplococcus, which infects epithelium particularly of the urogenital tract, rectum, pharynx and conjunctivae.

Clinical picture ( manifestations and features of Gonorrhoea )
- Many cases are Asymptomatic .
- In Man : the most common symptom is Painful Urination (Dysuria).
There may be Discharge from the tip of penis ( white , green or yellow ) . 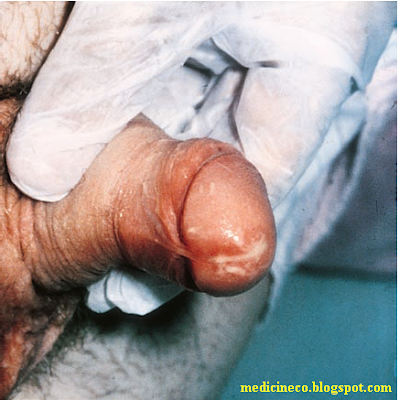 In Women :
Symptoms include an increased or altered vaginal discharge, pelvic pain due to ascending infection, dysuria and intermenstrual bleeding.

Prevention of Gonorrhoea
- Practise safe sex e.g by using condom .
- Avoid having sex with multiple partners .
- When you are drunk , avoid having sex at all .
Treatment of Gonorrhoea
Tetracyclines or macrolide antibiotics are most commonly used to treat Chlamydia.
- Doxycycline 100 mg 12-hourly for 7 days or azithromycin 1 g as a single dose are both effective
for uncomplicated infection.
- Tetracyclines are contraindicated in pregnancy.
- Other effective regimens include erythromycin 500 mg four times daily.
- Routine test of cure is not necessary after treatment with doxycycline or azithromycin,
although if symptoms persist or re-infection is suspected
then further tests should be taken.
NAATs may remain positive for up to 5 weeks after treatment as they pick up material
from non-viable organisms. Sexual contacts must be traced, notified and treated, particularly as so many infections are clinically silent.