Metabolic changes and complications of Diabetes Mellitus with diagrams

Dr.Tamer Mobarak
Last update :
This is a review of the metabolic changes that occurs in patients with D.M .
This changes are similar to that occur during fasting or starvation with the exception of hyperglycemia.
The changes are mainly due to decreased insulin action.


I- Changes in Carbohydrate metabolism :

- Decreased glucose uptake and oxidation by tissues, which produce decrease in ATP production espicially in muscles leading to muscle weakness . - Over mobilization of depot fat may cause Fatty liver .

- Increased oxidation of free fatty acids increases ketogenesis in liver which may lead to ketosis and acidosis in severe cases (Diabetic Keto-Acidosis) which may be fatal .

-These include atherosclerosis, hypertension, kidney failure, myocardial infarction and neuropathy .
- Most of these complications are due to damage of the vascular system.
- It is now believed that most of that damage is initiated by hyperglycemia as follows:
- High blood glucose levels promotes glycosylation of protein molecules .glycosylated proteins produce complex products (aggregates) with cross linkages that cause extensive damage to CVS and promote atherosclerosis which decrease the efficiency of vascular system.
-Hypercholesterolemia and hypertriacylglycerolemia add another risk factor for atherosclerosis .

Due to accumulation of Sorbitol, which produces osmotic damage of the lens .

These complications are due to both vascular damage and  accumulation of Sorbitol .

Summary of important changes in D.M 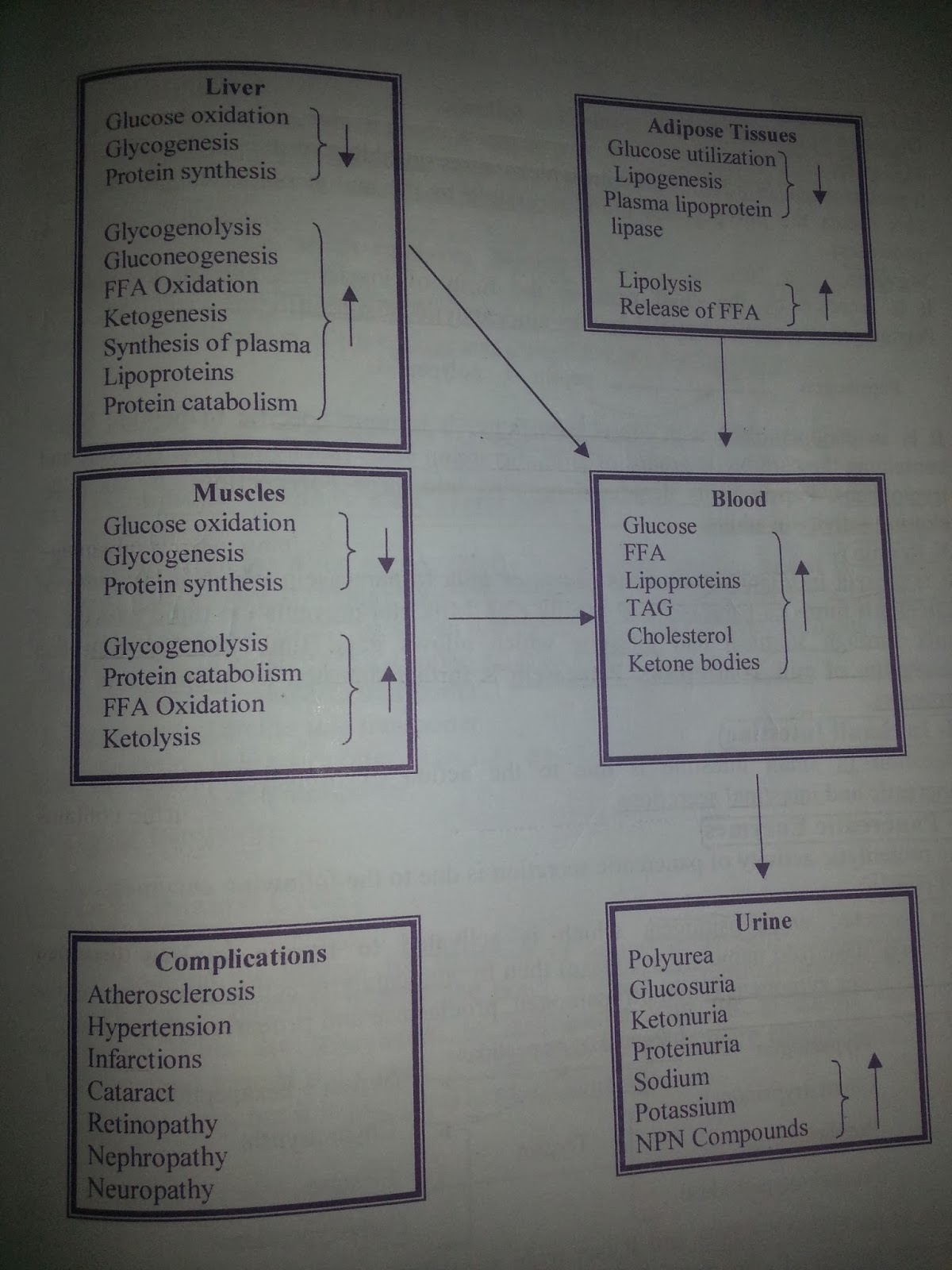