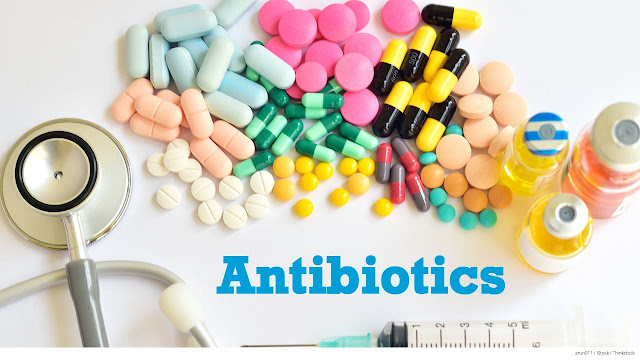 A brief history of the discovery of antibiotics

Although about two centuries ago, doctors did not know the types of bacteria that cause infection, the history of using antibiotics as a treatment for infection is too old, contrary to what people think.

Many extracts of molds and some algae were used in ancient civilizations to treat infections. For example, the American Infectious Diseases Association says that the ancient Egyptians used mouldy bread to treat infected wounds, and they succeeded in doing so [source].

Until the late 19th century, the first cause of death around the world was bacterial infection, especially pneumonia and bacterial gastroenteritis, until the time of the discovery and manufacture of many antibiotics.

In 1909, the German physician "Paul Ehrlich" noticed that some chemical dyes colored some bacterial cells but not others, and he concluded that chemicals are capable of killing bacteria inside the body can be manufactured in large masses, and indeed after several researches, "Ehrlich" was able to discover  a substance called "arsphenamine" that was effective in treating syphilis, and this was the first modern antibiotic in history, but he called it "chemotherapy".

The term "antibiotic" was first used in the 1940s by the Ukrainian-American scientist "Salman Waksman", who alone discovered more than 20 antibiotics during his life.

Penicillin - the most famous antibiotic currently - was discovered by "Alexander Fleming" by chance, as he had gone on vacation and forgot a dish with the culture of Staphylococcus aureus bacteria in his laboratory and left it without a cover, so the fungus (Penicillium notatum) grew on it, and Fleming noticed the death of All the bacteria found in the place where the fungus grew, he repeated the experiment and confirmed the super ability of this fungus, even at very small concentrations, to kill bacteria, even after diluting the concentration of the fungus 800 times, it was able to eliminate the bacteria. After conducting many experiments in laboratories of British pharmaceutical companies, the ability to produce penicillin as an antibiotic in large quantities for the public was confirmed, and it was then widely used in treating World War II wounded soldiers in hospitals and on battlefields, and achieved amazing success, so that by the end of World War II it was called penicillin The title of "miracle medicine", and later became available commercially.

Classification of types of antibiotics

Medically, antibiotics are divided into groups or families, each group containing many antibiotics that are similar in the way they work, the type of bacteria that are effective against them, and the possible side effects.

These groups are classified as follows:

It should be noted that Carbapenems, Cephalosporins, and Monobactams, in addition to penicillins, are grouped in one family called "beta-lactams" because they all share a "beta-lactam" ring in their chemical structure.
It is also worth noting that there are some other antibiotics outside the previous classification and they are classified individually because they do not belong to any of the previous groups, these antibiotics are:

How do doctors choose the appropriate antibiotic for each infection?

Each antibiotic, or at least each antibiotic group, is effective in eliminating certain types of bacteria of its own, and therefore your doctor determines the appropriate antibiotic for each case according to patient’s medical history and medical examination that guides him to the type of bacteria that is likely to cause infection and disease.
The best way to determine the appropriate antibiotic for an infection is to identify in the laboratory the type of bacteria causing the disease by taking a sample of urine, blood, sputum, or part of the tissue of the affected organ and then making a culture in the specialized laboratory to determine the type of bacteria causing the disease and the antibiotic to which it responds.
The disadvantage of the previous method (the culture) is that it is expensive and takes a few days to show its results, so it is used only in cases that are resistant to the usual treatment or atypical infection, and it is also possible to combine the usual method by giving the patient the closest antibiotic expected to be effective while waiting for the result of the culture and the change On the basis of its outcome later.

What are the factors that determine the effectiveness of an antibiotic?

Because of the widespread use and misuse of antibiotics, the exposure of all kinds of bacteria to these antibiotics has increased, and although most bacteria are killed when exposed to antibiotics, some of them survive and develop methods that enable them to resist the effect of the antibiotic.
For example, 50 years ago, Staphylococcus aureus, which is one of the most important causes of skin infections, was very sensitive to penicillin and was eliminated completely by the appropriate dose of penicillin, but with time it developed an enzyme capable of breaking down penicillin and hindering its effectiveness, so these strains are now resistant to normal penicillin.
Fortunately, scientists were able to modify penicillin by adding substances capable of blocking the effect of that enzyme  and thus was able to eliminate the aureus bacteria, but unfortunately, after a few years these bacteria were able to adapt and became resistant also to the modified penicillin.
Causes of escalating antibiotic resistance include:
Edit This Article
Tags Internal-medicine