Dr.Tamer Mobarak
Last update :
Definition: Acute Otitis Externa ( also known as "Swimmer's ear") is diffuse inflammation of the skin of the External Auditory Canal (EAC).
It is caused in most cases by Pseudomonas aeruginosa or Staphylococcus aureus. Streptococcus and Proteus are also involved. Fungi like Aspergillus and Candida species are more common in tropical areas and in patients who had previously taken wide-spectrum antibiotics.

- Swimming, especially in fresh water.
- Eczema, seborrhea and other dermal conditions.
- Continuous use of cerumen buildup and hearing aids.
Those factors cause loss of protective cerumen barrier leading to epithelial disruption which allows inoculation of bacteria then increase in the pH of  EAC. 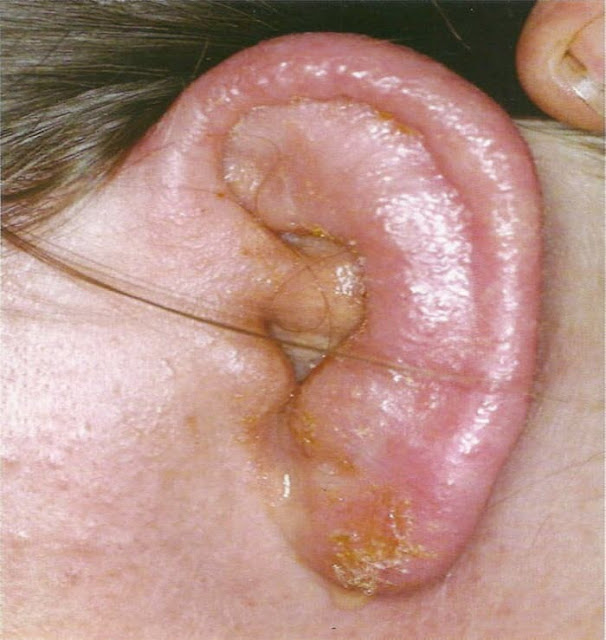 Other factors include:
- Decreased immunity as in diabetic patients.
- Hot, humid atmosphere.
- Mild trauma from itching.

How to prevent Otitis Externa esp. during swimming

- Use oe earplugs during swimming.
- To remove water from ear e.g after swimming, it is recommended to use "air dryer" at the lowest setting while tilting the head.
- Avoid self cleaning or scratching the ear.
- Use of Acetic acid 2% otic solution (Vasol) 2-5 drops after exposure to water.
- Control of diabetes.