Vestibular schwannomas are also called acoustic neuromas, and the two terms may be used interchangeably. However, acoustic neuroma is a misnomer, because the tumour actually grows on the vestibular component and is pathologically a schwannoma. 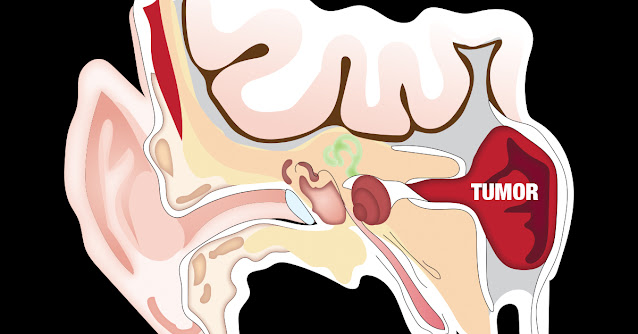 Tumours can enlarge significantly to cause cerebellar findings and obstructive hydrocephalus, and may become life threatening as a result.

Increased numbers of smaller tumours are detected due to prevalence of magnetic resonance imaging.

Vestibular schwannomas comprise 6% of all intracranial tumours and 70% to 80% of all cerebellopontine angle tumours. All races and ethnicities are affected equally.

Vestibular schwannomas are occasionally associated with the genetic disorder neurofibromatosis type 2, with a reported incidence of 1.4 to 4 out of 100,000 in people with this disorder.

How to diagnose Vestibular schwannoma?

Patients often present with minimal symptoms that tend not to correlate with tumour size.

The most common symptom is unilateral sensorineural hearing loss. Magnetic resonance imaging (MRI) scanning is considered the definitive test. Tumours may also be found on routine hearing examinations for occupational or educational screening.

Younger patients may compensate for the sensorineural deficits well and present only with a larger tumour. In young pregnant women, symptoms can present during or shortly after pregnancy.

A co-existing diagnosis of neurofibromatosis type 2 increases the prevalence of vestibular schwannoma.

Signs include slower blink reflexes, poor balance, or nystagmus; however, these are relatively uncommon.

All patients with sensorineural or retrocochlear findings on audiometry, especially if asymmetrical, are recommended for a gadolinium-enhanced MRI or computed tomography (CT) of the head (depending on what is available).

MRI scanning is considered the definitive test, as it is more sensitive than CT scanning.
Positive findings on MRI include a cerebellar pontine angle lesion extending into the internal acoustic meatus.
Absence of the dural tail is considered conclusive. MRI determines the size and location of the tumour, which allows the patient and clinician to formulate a treatment plan. Additionally, MRI is used to monitor growth of a tumour if resection is deemed unsuitable.

Tumours occur at the junction of the central and peripheral Schwann cells or Obersteiner-Redlich zone. Most growths are sporadic without a known underlying cause.

There is a familial autosomal dominant form in which patients have bilateral tumours in addition to other intracranial tumours (neurofibromatosis type 2).

Because the tumours grow on the vestibulocochlear nerve (vestibular component), patients present with decreased hearing and episodes of dizziness or vertigo.

The amount of hearing loss appears unrelated to the size of tumour at presentation. In the case of slow-growing tumours (average of 2 to 3 mm/year), symptoms may be minimal or fluctuating as the brain is able to compensate for the slow-growing tumour.

Up to 60% of tumours do not seem to grow very much on scans. Because of the unilateral hearing loss, patients have difficulty localising sound and find it difficult to home in on a voice in a crowd.

As the tumours enlarge other nerves become affected, and the symptom that is most common, after those related to hearing and balance, is facial numbness.

Patient management is influenced by local experience in focused radiation and surgical approach. Specific recommendations to patients, tumour size limits, and age and hearing level limits will vary greatly depending on local experience.

The rates of facial nerve, hearing, and quality of life preservation for the different treatments also vary due to local experience.

Smaller tumours in patients with minimal symptoms (e.g., mild hearing loss) may be followed up with serial scanning, especially if there is no documented growth.

Care should be individualised with patient preference taken into consideration.

Important issues to consider include:

Depending on the tumour size and configuration, level of hearing loss, and experience of treating physicians, hearing preservation rates can vary greatly.

Because the hearing loss rate with treatment is significant, hearing preservation should be considered an added bonus.

If there is radiological evidence of tumour growth or strong patient preference towards intervention, treatment is recommended.

Older patients with slow-growing tumours have an option of continued observation only.

There is not enough evidence to conclude that stereotactic radiation has better long-term hearing preservation when compared with conservative management.

At 6 months from presentation, patients who are being observed only should have an MRI, followed by yearly scans.

Stereotactic radiosurgery is performed as a single fraction treatment.

A cranial fixation frame is often attached to the patient's head by screws placed into the skull under local anaesthetic.

Stereotactic radiotherapy refers to the use of multiple small doses of radiation, which affect the tumour to a greater degree than surrounding normal tissue.

Stereotactic radiotherapy is completed with a relocalisable face mask and does not require frame fixation.

Doses are given daily over a period of weeks.

Surgery is completed with a number of approaches tailored to the patient's tumour size and degree of hearing loss, and to the surgeon's experience.

In general, a middle fossa approach is completed through an incision above the affected ear for smaller tumours confined to the internal acoustic meatus.

This is a hearing-preserving operation. The translabyrinthine approach is performed through an incision behind the ear, working through the temporal bone.

In a small proportion of patients who opt for radiotherapy, tumours may grow despite treatment and may require salvage surgery.

In those patients selected for surgical treatment, tumour recurrence may occur postoperatively and then may require follow-up salvage radiation.

Management of tumours in the only hearing ear

In the rare situation where the patient has a tumour in the only hearing ear, considerations include: preparing and counselling the patient for the likelihood of complete hearing loss; manoeuvres for improving hearing in the contralateral ear (including cochlear implants); brainstem auditory implants at the time of surgery in the affected last hearing ear; and cochlear implants in the ear with the tumour after radiation treatments or surgery in those with intact promontory testing.

Detailed discussion of the management of these patients is not within the scope of this topic.